Yale and New Haven Usher in a Quantum Revolution 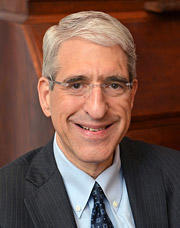 This year I will celebrate my thirty-eighth year as a New Haven resident. I have seen many exciting changes come to the Elm City, including wonderful restaurants, stores, and arts and cultural opportunities. In recent years, a number of entrepreneurs have recognized what many of us have long known—that New Haven is a great place to live, work, and do business. And the cutting-edge companies they have built are helping to transform our city.

Earlier this year, we celebrated the opening of Quantum Circuits Inc. (QCI), a startup founded by a team of Yale investigators. QCI promises to further enhance New Haven’s reputation as a hub for technology and innovation. Connecticut Governor Ned Lamont SOM ’80 was on hand for the ribbon-cutting, and he expressed enthusiasm about the way “high-tech pioneers” like QCI are contributing to our state and communities. QCI currently employs twenty scientists and engineers with plans to expand.

QCI exemplifies how Yale-led research helps to create jobs and opportunities in New Haven. Startups with ties to Yale employ over 1,000 people in the city. In recent years, 130 companies, based on Yale discoveries, have been established in partnership with Yale’s Office of Cooperative Research. Many ventures have been launched by Yale faculty, alumni, and students. Recent high-tech companies that call New Haven home are developing cancer therapies, antibiotics, and new green technologies based on Yale research. They enrich our city and neighborhoods, and their discoveries are making a difference around the world.

Yale has long been at the forefront of quantum research. The Yale Quantum Institute, founded in 2014, brings together more than 120 physicists, engineers, computer scientists, materials scientists, and other researchers to study quantum information, computation, measurements, and sensing. Important related research at the university involves designing and elucidating novel properties of quantum materials. Quantum science may help us build more advanced computers, secure our communications, create improved sensors, and even solve the puzzle of how the universe began. Medicine, national defense, artificial intelligence, and economics could benefit from such advances. In recognition of the field’s growing importance, last year Congress passed the bipartisan National Quantum Initiative Act, authorizing $1.2 billion for quantum science research and education over five years.

The first rudimentary electronic quantum processor was invented at our university, and Yale investigators are working on the basic science and technology needed to develop the world’s first practical quantum computer, which would be far faster and more powerful than today’s supercomputers and able to solve problems at an unprecedented scale. Now they may be one step closer to achieving that goal. In February, Yale faculty members Robert Schoelkopf, Michel Devoret, Liang Jiang, and Steve Girvin announced a new breakthrough in efforts to build a quantum computer. By developing a “universal entangler,” the team has created “a valuable building block for universal quantum computation,” according to findings published in the journalNature.

Today we are at the beginning of a new era for science at Yale—and for our home city. As one of the world’s leading research universities, Yale has a responsibility to pursue bold research that benefits humanity. Quantum science—one of five areas for top-priority investment identified by the University Science Strategy Committee—exemplifies the promise and potential of Yale’s scientific leadership.

Exciting discoveries require vision, imagination, commitment, and resources. That is why Yale’s historic commitment to science is important. By investing in great ideas, in people, and in our communities, we also invest in the future. Innovation at Yale is good for our city and state today, and it is absolutely essential to our well-being tomorrow. On behalf of future generations, we have an obligation to carry this promising work forward.